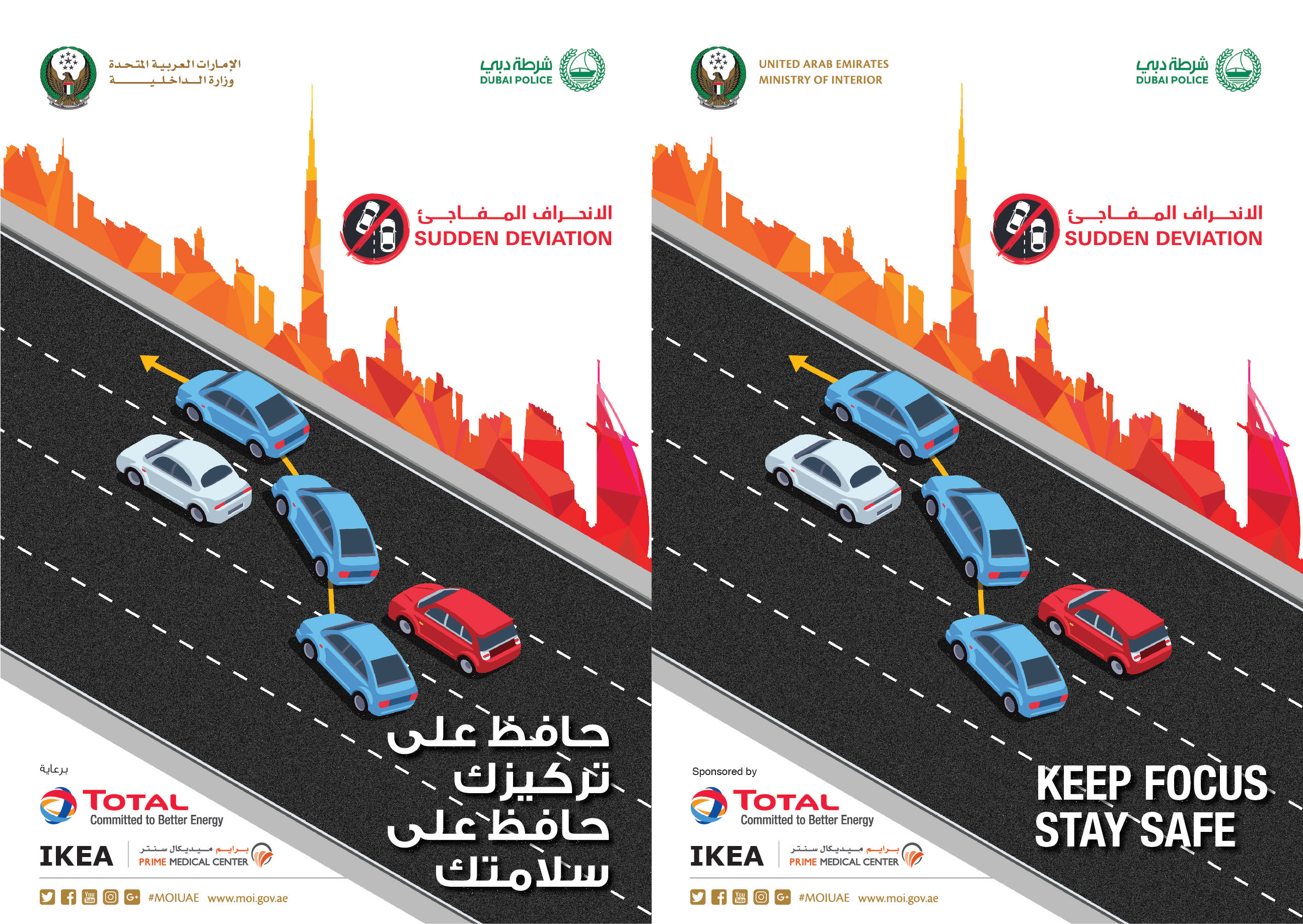 A road safety campaign was launched by Total along with the Dubai Police to ensure that drivers are aware of the hazards of changing of lanes suddenly. The campaign is being conducted on a national level in the UAE.

Sudden deviation of vehicles by drivers for lane changes, without ensuring that the other lanes are unoccupied, resulted in 40 deaths in Dubai in 2013 and 45 in 2014, according to the data released by the Dubai Police.

During the campaign, specially designed catalogues highlighting the dangers of the sudden deviation are being circulated among public.

The communication on the campaign also involves awareness sessions, advertisements on popular radio channels, newspapers and social media in both English and Arabic.