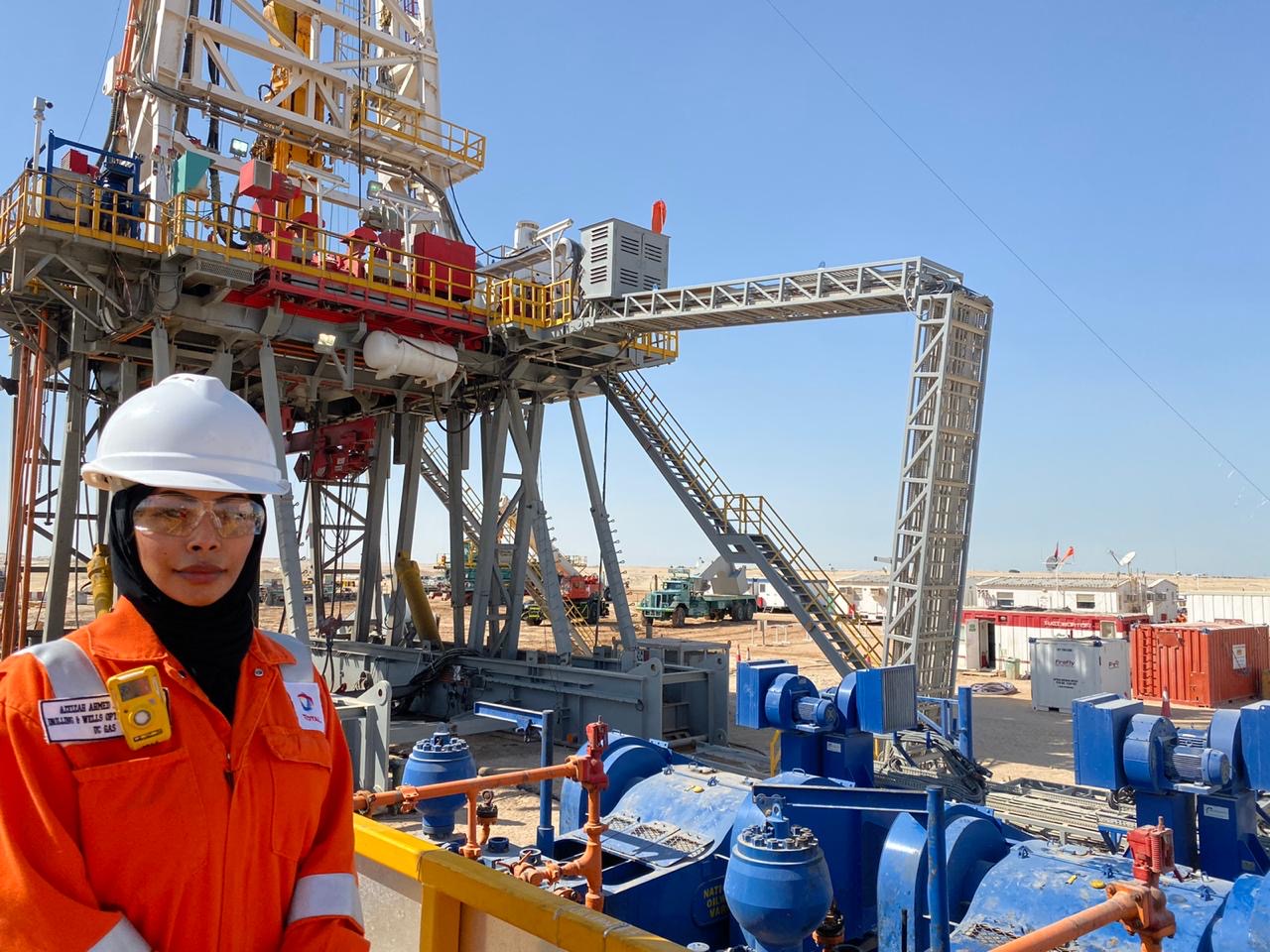 Azeizah Ahmed Alhassani joined Total as an Abu Dhabi National Oil Company (ADNOC) Secondee in May 2019 as a Drilling & Wells optimization engineer under Total Unconventional Gas B.V (TUGs).   She was nominated by ADNOC Headquarters Unconventional to be the first female Emirati engineer to represent the department onsite with TUGs.

The 27-year-old engineer became a role model in her career at Total for young Emirati women who wish to succeed in on-site projects.

Azeizah learned at a young age what it means to work hard in order to achieve one’s dreams. Her father was a fruit and vegetables trader and supplier from his own farm who taught her how to become independent. Complementing, her mother worked hard to make sure that all her children graduated with a strong educational degree so they can make a huge impact in their future careers.

In 2016, Azeizah proudly graduated from Khalifa University with a Bachelor’s in Petroleum Engineering. This kick started her career in becoming a successful engineer in the oil and gas industry.

In 2017, Azeizah joined ADNOC as a Chemical Fluid Drilling engineer at the Drilling and Logistics Business department of ADNOC-Offshore. She later transferred to the Upstream Unconventional department in 2018 to become a Stimulation Engineer.

This opened a new door for Azeizah, who started to have a new passion for unconventional resources that eventually led to her joining the TUGs team.

She gained valuable field experience since then and now spends most of her time actively joining ADNOC-Onshore research and running fracking fluid tests at the Baker Lab.

In addition to working towards female empowerment in the oil and gas industry, Azeizah has achieved similar goals in the sports and arts fields.

The engineer is very passionate about the arts throughout the years, competing in several art competitions and selling many of her paintings. Recently, Azeizah participated in a competition with sound artist, Bill Fontana, where her idea was career-inspired by the sound of oil and gas flowing inside a pipe.

Alongside her sister, Reem Alhassani, she became one of the only two females to be part of the Abu Dhabi Sailing Club at the Modern Rowing Abu Dhabi team.

Azeizah and her sister’s passion for the sport eventually led them to establishing and leading the Abu Dhabi Female Rowing Team that awarded them numerous silver and bronze medals.

With big plans ahead, Azeizah will be volunteering at Expo 2020 in Dubai.