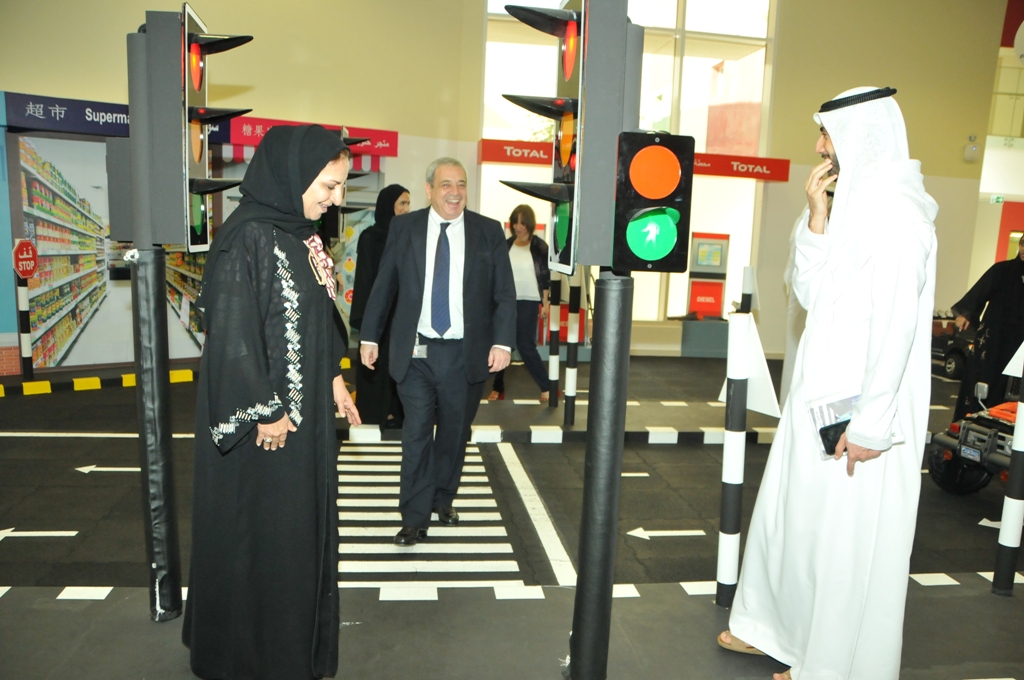 During his visit, Mr. Nuseibeh recognized the HBZ school traffic park safety ambassadors, dedicated teachers who were given the responsibility to conduct the Total Safety Traffic Education Program course that has been integrated to the school curriculum with other activities to ensure the program sustainability.

The Traffic Park sessions have been a huge success in HBZ School since its reputation started attracting student from schools outside of the city raising the awareness of 510 students in the first term since its establishment. Thanks and appreciation certificates were given to the school Principal Mrs. Fatma Al Bastaki, for the support and effort to promote road safety culture to the new generation. Her diligence, self-motivation as well as dedication have been a source of inspiration. Mr. Nuseibeh also honored the school Traffic Park Safety Ambassadors for volunteering in carrying out these sessions.

STEP includes a comprehensive curriculum on road safety condensed into an education pack, aimed to raise children's awareness on road safety. The program also aims to enhance the role of community partnership through cooperation with various organizations to spread road safety awareness and underscore the risk of irresponsible behavior and breaking traffic rules.

Hamdan Bin Zayed School was visited by His Highness Shaikh Mohammad Bin Zayed Al Nahyan, Abu Dhabi Crown Prince and Deputy Supreme Commander of the UAE Armed Forces, and showcased Total Traffic Park, as part of his tour at the new academic year. His highness commended the Safety Traffic Educational Program (STEP) launched by Total in the United Arab Emirates and stressed the importance of educating students on traffic safety, prevention of accidents and respect of traffic rules.