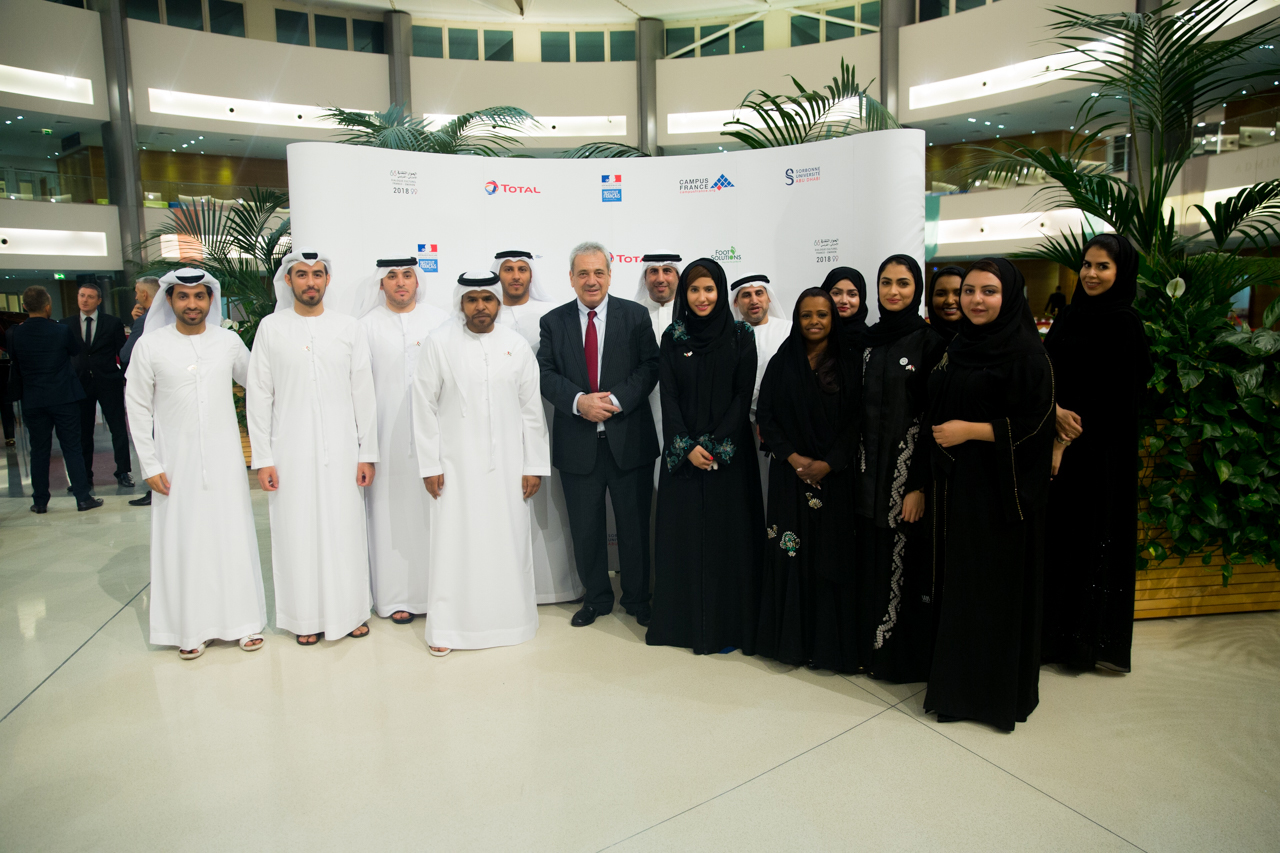 The launch of France Alumni in the United Arab Emirates is the result of a partnership between the French Embassy, Sorbonne University Abu Dhabi and Total. In October 2017, an agreement was signed between Total and the French Embassy, to allow Emirati students who choose so to pursue their academic studies in France. These students, selected based on academics, will strengthen the France Alumni community in the United Arab Emirates. On this occasion, Mr. Hatem Nuseibeh, Total E&P President and Total’s Country Chair in the UAE, said: “We have always been believers of the role of education in progressing communities and how it positively influences them. Being here today and meeting all of these successful graduates supported by Total over the years makes us proud and proves the success of our long-term partnerships in education and to young locals in the UAE. Investing on youth means a brighter future and Total is committed to talents and the development of the country.”

The Ambassador of France to the United Arab Emirates, H.E. Ludovic Pouille said: "The launching of France Alumni is a chance for every graduate of French higher education to enhance his academic career in the United Arab Emirates. The network, presented during the Year of Zayed and the Franco-Emirati Cultural Dialogue, responds to a real request from graduates and illustrates once again the dynamism of Franco-Emirati relations.”

France Alumni, a network of French higher education’s graduates, is a platform launched by Campus France, on the initiative of the French Ministry of Europe and Foreign Affairs to unify the 100,000 international students who graduate each year from French higher education. France Alumni offers them a valuable tool in their professional career, whether it is the directory that allows everyone to join the network and get in touch with other alumni, or website Francealumni.fr which offers discussion spaces, thematic groups, current news about the cultural and economic French network and also spaces dedicated to business partners and job opportunities.

According to Thierry Valentin, Deputy Director General of Campus France, "Campus France is proud to welcome French higher education graduates residing in the United Arab Emirates in the France Alumni network. They join a community of nearly 170,000 members in 120 countries. The France Alumni EAU platform aims to strengthen and bring to life the links that exist between the UAE and France. It will help build bridges between old and new generations of students who have stayed in France. It will bring about new types of interactions between the community of graduates and those of the economic sector and companies in the UAE and France.”