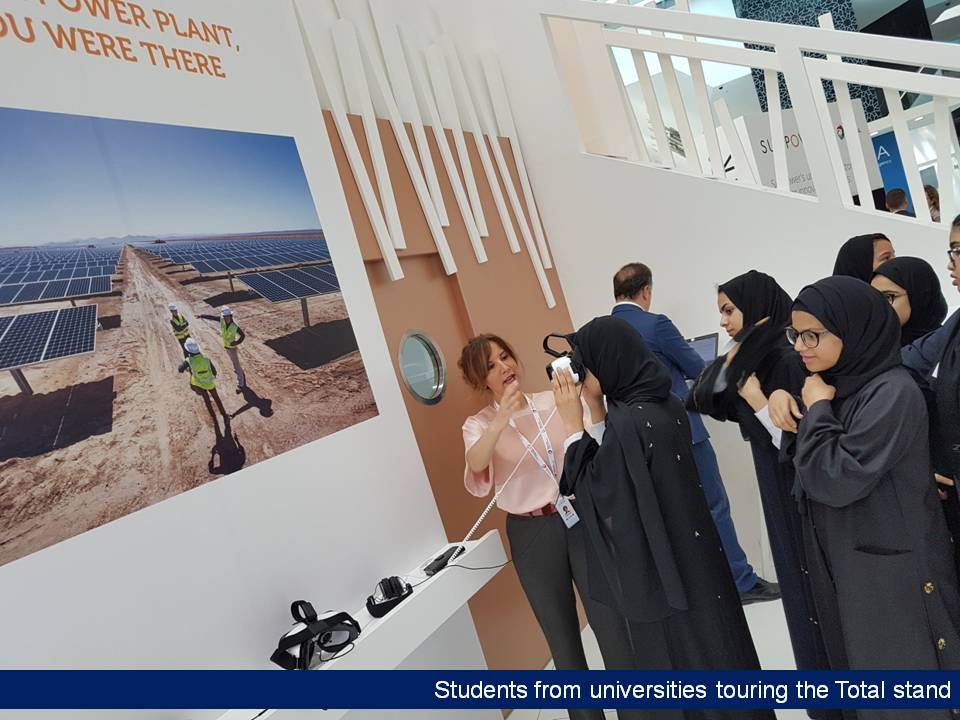 Total participated in the 10th edition of World Future Energy Summit held from 16-19 January 2017 as part of the Abu Dhabi Sustainability Week. The forum is dedicated to advancing the use of renewable energy, energy efficiency and clean technology.

The Total stand showcased its solar panels, Drone model and Global Energy Optimizer (GEOTM) Demo software to assess projects, 360°Oculus movie on Photo Voltic Salvador, messages on Awango project with solar lamp samples, posters and video on Shams relating to SunPower and Total's activities in the UAE and region, and highlighting the SunPower advantages of ‘Value, Innovation, Reliability, and Experience’.

Helle Kristoffersen, Senior Vice President, Strategy and Corporate Affairs, Total was a key speaker in the round table session, "Energy transformation and its impact on oil companies' portfolios".  The discussions elaborated on how renewable energy will fundamentally transform the oil and gas industry and its hydrocarbon assets.

During the event, Total was recognized for its long-standing support to the World Future Energy Summit which is held annually in Abu Dhabi.